This is the third in my series of eight blogs, telling the life story of my great grandparents, next up is “Granny Ens”. This story covers the very tough life of my Great-Grandmother Elizabeth (Lizzie) Daniels, who was born on 21st July 1889 in the North Dublin Workhouse.

Birth Record in The Workhouse

The mere mention of being born in the Dublin Workhouse should be enough to conjure up an awful image in your mind, of how difficult things must have been for Lizzie and her family, but that is only one part of her story. 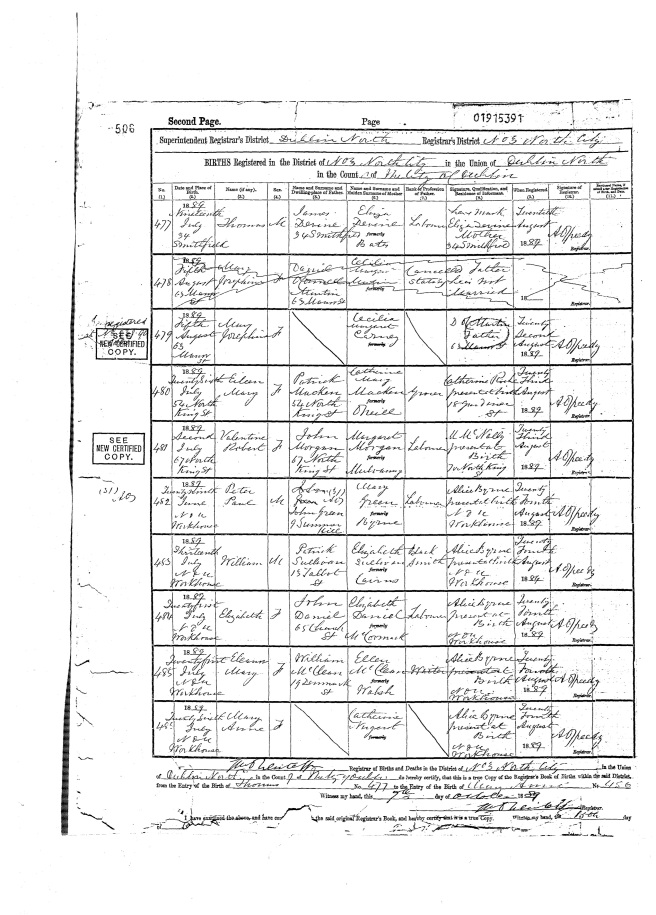 Her birth was registered 24th August 1889 and despite her and her mother being in the North Dublin Workhouse at the time, her Father, John Daniels is listed as living at 65, Church Street, Dublin. 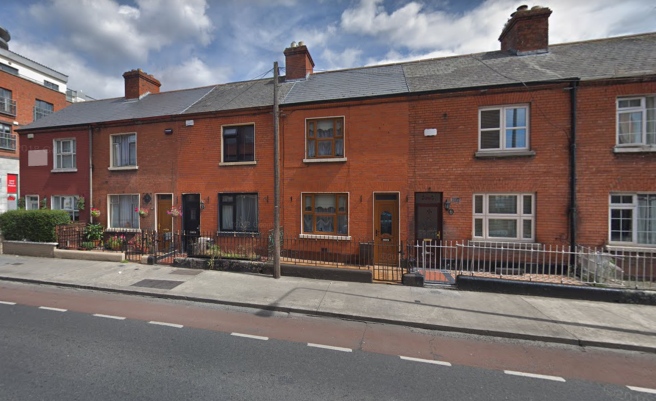 Lizzie was baptised at St.Paul’s Catholic Church, Arran Quay in Dublin, on 22nd July 1889 and the record from the the NLI records show that she was baptised as Elizabeth Maria Daniels. 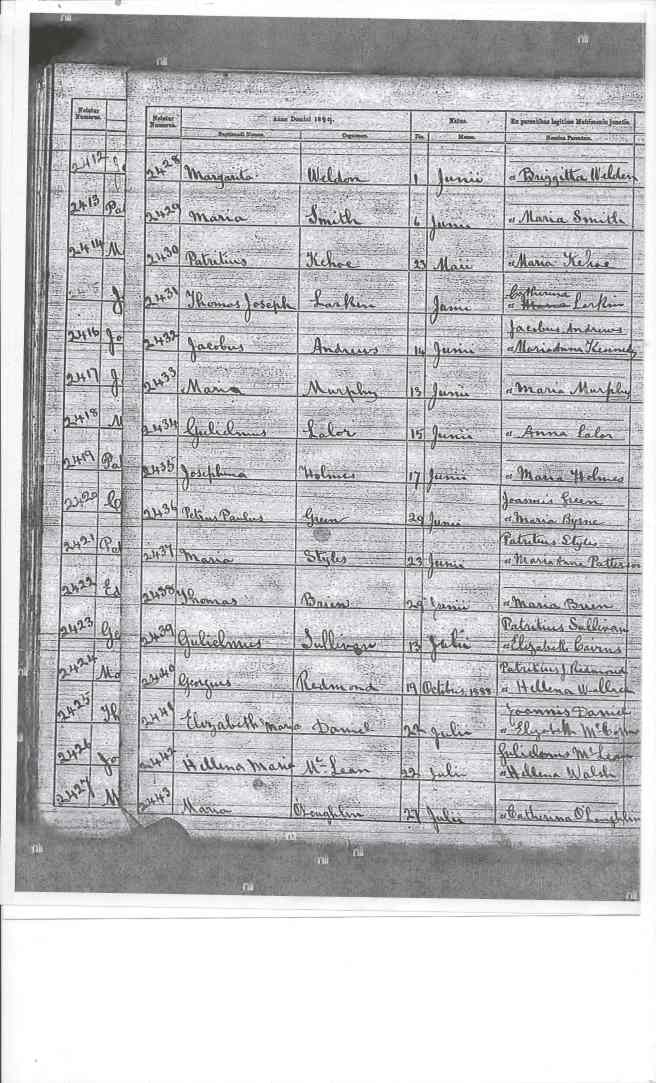 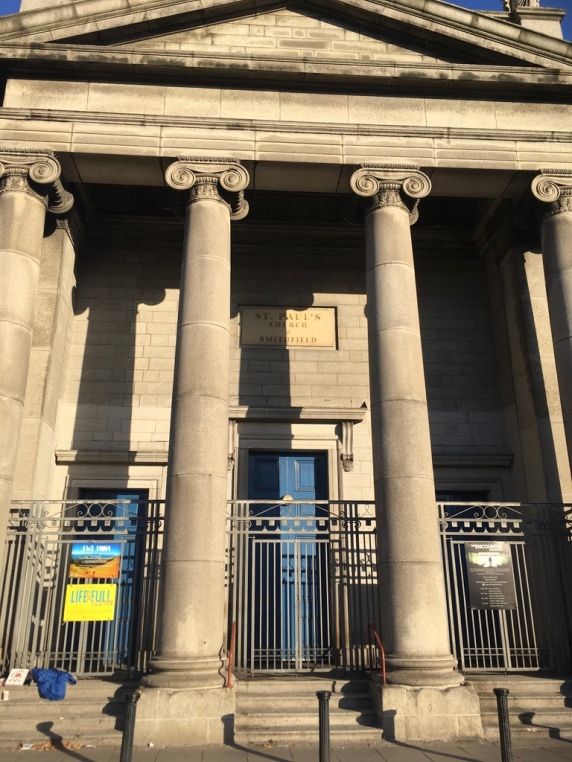 Lizzie was the third of five children born to John Daniels and Elizabeth McCormack and the families early years were extremely tough, as throughout her childhood, Lizzie and her parents and siblings, had many spells in the South Dublin Workhouse. There are multiple entries for this on the Find My Past website, the entries are summarised here; 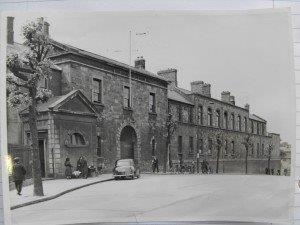 Lizzie was admitted into the South Dublin Workhouse in April 1901, address listed as Woodroffes Cottages, she was admitted with her Mother and siblings, Maggie aged 8, William aged 5.

Lizzie was admitted into the South Dublin Workhouse twice in March 1902, address listed as Island Bridge, she is listed with her Mother and siblings, Mary aged 19, Maggie aged 11 and William aged 8.

Lizzie was admitted into the South Dublin Workhouse in September 1902, address listed as Island Bridge, she is listed with her Mother and siblings, Maggie aged 8 and William aged 7.

Lizzie was admitted into the South Dublin Workhouse in February 1903, address listed as Island Bridge, she is listed with her Mother Lizzie and brother William aged 6.

Lizzie was admitted into the South Dublin Workhouse in March 1903, address listed as Island Bridge, she is listed with her Mother and siblings, Maggie aged 11 and William aged 6.

Lizzie was admitted into the South Dublin Workhouse in December 1903 address listed as no abode, she is listed with her Mother Lizzie and siblings, John aged 17, Maggie aged 11 and William aged 9

Further detailed information regarding the Dublin Workhouses can be read here;

Further entries can be found for the Daniels Family in the Workhouse Minute Book records;

On 1st April 1901 Lizzie and her three children were listed as destitute in the South Dublin Workhouse.

One can’t imagine the horrors of living hand to mouth like this on a daily basis. During this period, in 1902, Lizzie’s Father, John Daniels, aged 54, was sent to Mountjoy prison and sentenced to two months imprisonment for ill treating his children. Further testament to the brutally harsh living conditions that young Lizzie and her siblings had to endure.

There are three further records that I have found that relate to a Lizzie Daniels around this time in Dublin, all of which “fit”, how tough things were in Dublin at this time, but I am unable to categorically say for sure, that these relate to “My Lizzie”. The first two records, Lizzie is sadly the victim of two assaults by a James Moore, aged 55 from Ayr in Scotland, the first on 8th February 1908 is for indecent assault and the second, just three days later is for assault, on 11th February 1908.

There is a third record for Lizzie Daniels, relating to a brush with the law, this time we find Lizzie Daniels accused of Larceny & Frequenting, she is charged with two other offenders, Elizabeth Walsh and Mary Walsh, this took place on 5th August 1905 at Clarendon Street Police Station, Dublin. She is listed as living at 42, Jervis Street, Dublin. Fortunately she was acquitted of the charges. Whether this is “My Lizzie”, I am unable to be certain.

The next records we find for Lizzie are the Dublin Electoral Registers, Lizzie is not living with any family members, but she is at least out of the Workhouse at this point.

Lizzie is counted in the 1908, 1909, 1910 Electoral Registers as living at 3, Woodroffe Cottages, which is in Island Bridge, in the Kilmainham area of Dublin, she is sharing a house with several other people who do not appear to be related to her. 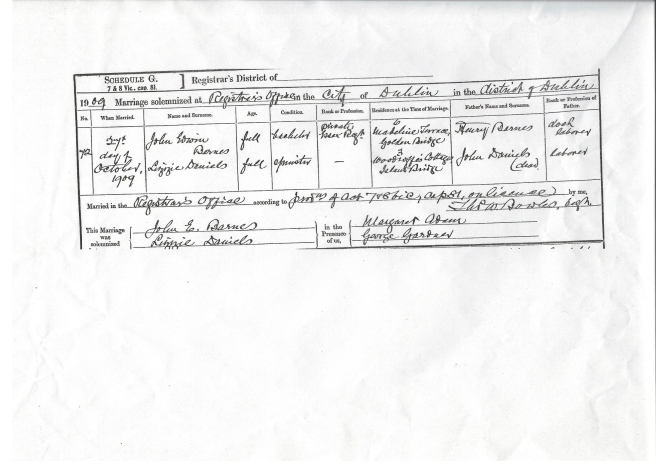 By the time of the 1911 census, Lizzie Barnes was living at 7, Woodfield Place, Dublin. 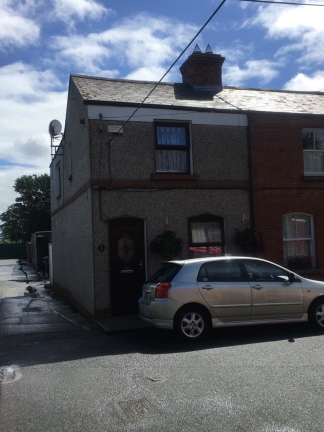 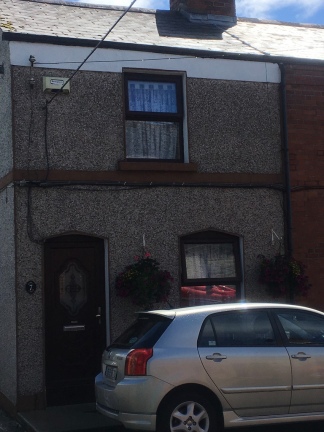 (7, Woodfield Place as it looks today)

The census was taken on 2nd April 1911 and Lizzie would have been heavily pregnant at the time with her Daughter, Martha Annie Barnes (My Nan), who was born just three weeks later, on 21st April 1911 at Stevens Hospital, Dublin.

Her husband, John Edwin Barnes, was away at the time of the 1911 Census, serving with the Essex Regiment and was stationed in Quette, Baluhistan, India and counted in the 1911 Census there. 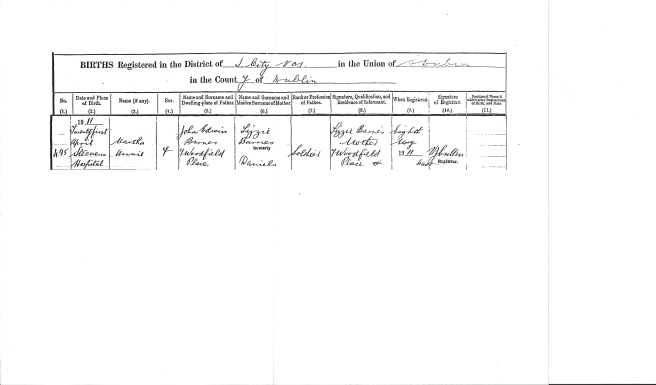 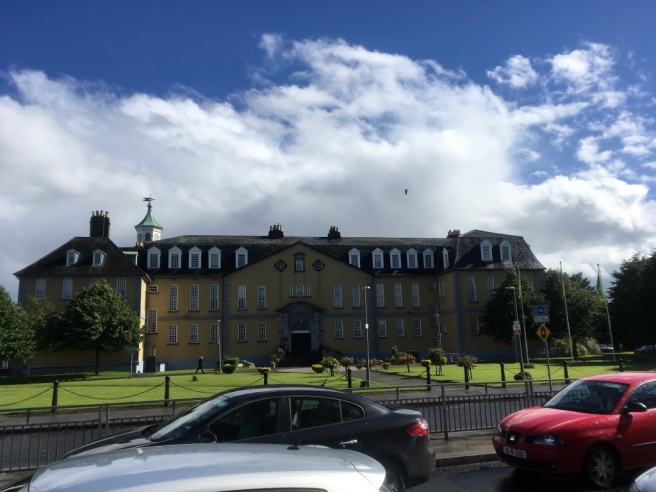 I was fortunate enough to visit Dublin on two occasions and walk the paths that Lizzie and My Nan would have walked at this time and I was also able visit the Sarsfield Road School, that my dear Nan attended. 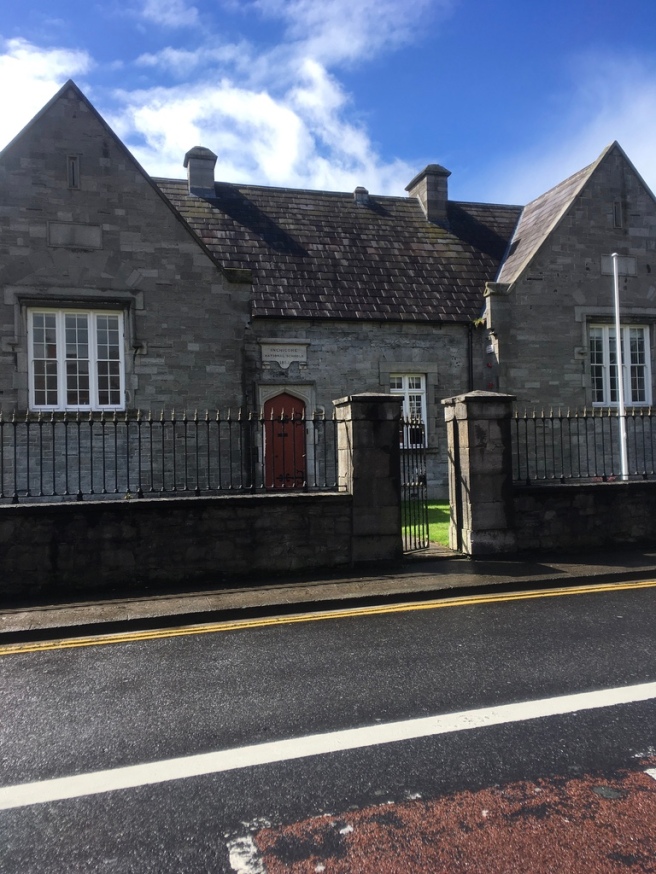 The outbreak of WW1 was to play a significant part in Lizzie Barnes life and her future path, as it did, too so many thousands of lives. The impact on many individuals is truly immeasurable, we can only begin to imagine what it must have been like.

Sadly Lizzie’s husband died at Gallipoli on 25th April 1915, whether he was able to see his only child, Martha Annie Barnes or not, between his service in India, with the Essex Regiment and the outbreak of WW1, I am unable to say for sure.

Whilst John Edwin Barnes was away with The Essex Regiment he became best friends with Frederick Henry Ensum, he made Fred promise that if anything happened to him, that Fred would take care of his beloved Lizzie. True to his word, Lizzie Barnes and Frederick Henry Ensum were to get married, towards the end of WW1. They were married on 16th October 1917 at The Church of St. James, South Dublin, Lizzie was living at 31 Sarah Place, Dublin and Fred was living at 47d Dominic Street, Dublin. Fred was still listed as being a Soldier and witnesses at the wedding were Lizzie’s brother John Daniels and her Sister, Mary Daniels. Although Lizzie is listed as living at 31 Sarah Place at the time of her Marriage to Frederick Ensum, I believe the actual address to be 21, Sarah Place. There are numerous documents that show Lizzie’s mother and Sister’s all living at 21, Sarah Place for a number of decades. 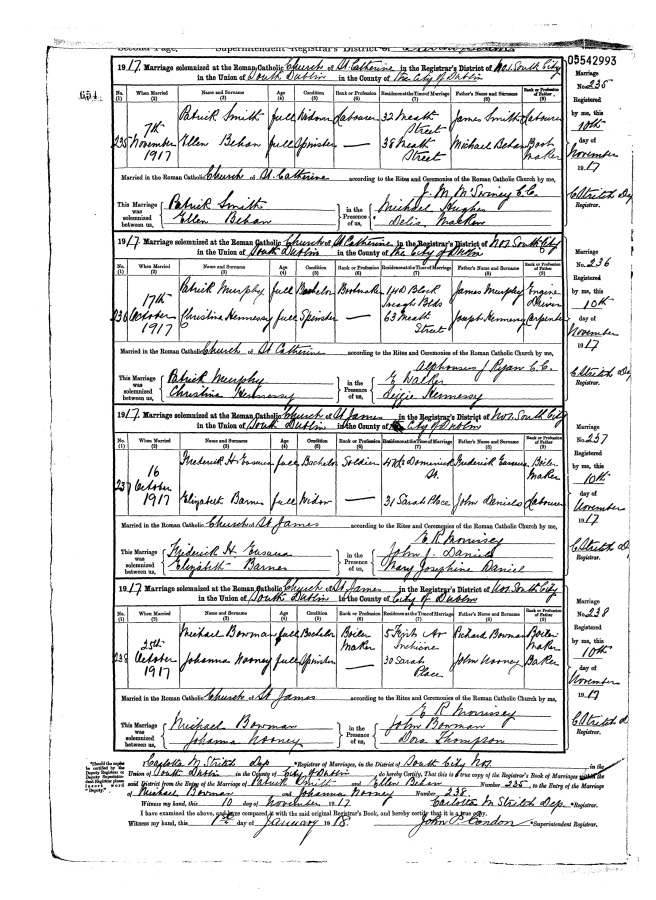 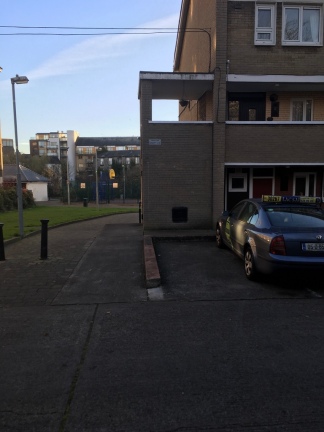 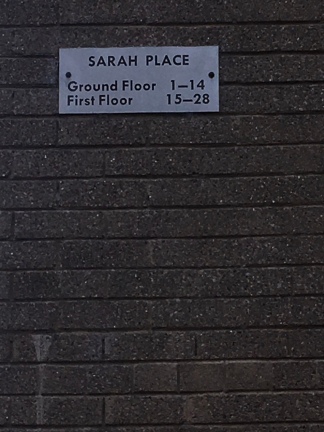 (Sarah Place as it looks today)

After her Marriage to Fred, they decided to uproot from Dublin and move to Poplar, East London, Fred’s hometown. Between their move to the East End of London and leaving Dublin, they had their first Daughter, Edith Eva Julia Ensum who was born on 27th July 1918 at 11, Middle Road, Kingston By Sea, Shoreham By Sea, Steyning, in Sussex.

At the time of Edith’s birth, her Father Fred, was listed as a Private in The Labour Corps. One can only speculate as to why they ended up in Sussex, but due to Fred’s wounding in WW1, we can assume he was unable to serve at the frontline any longer. At the time, Shoreham was an extremely large military camp and further details regarding camp life and the origins of the camp can be found here on the following links 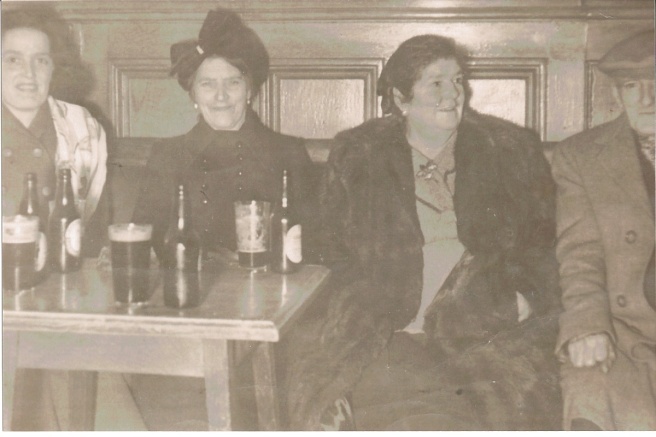 (Lizzie is the lady on the right in the fur coat) 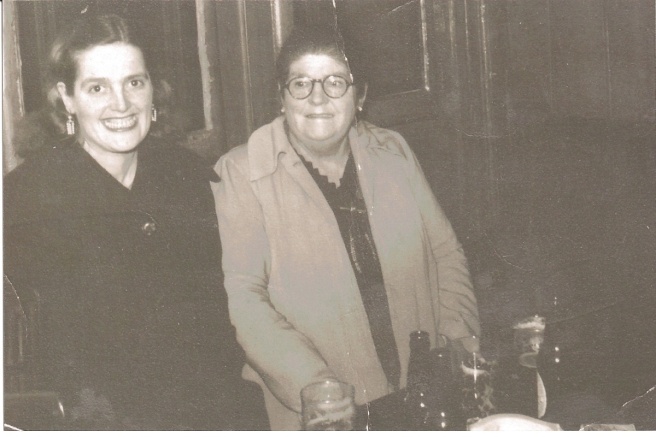 (Lizzie is the lady with the glasses)

In Lizzie’s later years she suffered badly with Diabetes and eventually lost both her legs to this crippling illness. Despite her very tough life, she was always a lady that had a smile on her face and took everything that life could throw at her with a “pinch of salt” (Quote from my Mum).

Our paths did cross, I was born in 1964 and Lizzie sadly died in 1967 and my dear old Mum always used to say that “Granny Ens” loved to sit with me when I was a small child, but sadly no photos remain of us together. 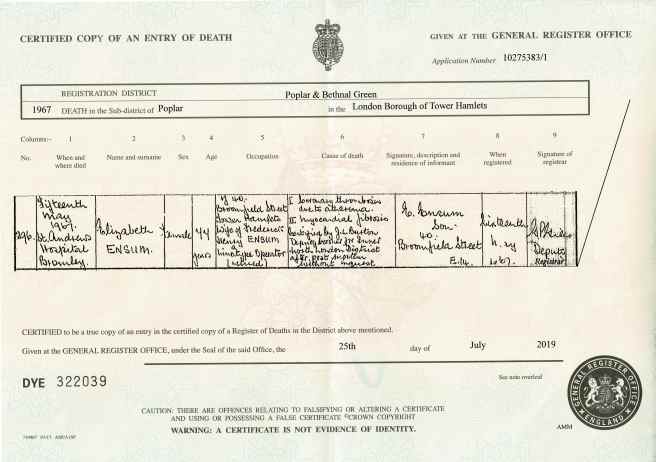 She died on 15th May 1967 at St. Andrews Hospital, Bromley, Poplar, London, from Coronary Thrombosis due to Atheroma and Myocardial Fibrosis and she is buried at St. Patricks Churchyard, Leytonstone in Grave 156, St. Pauls Plot. At the time of her Death she was living at 40, Broomfield Street, Tower Hamlets, London. 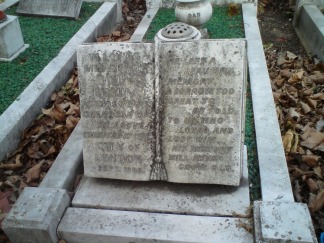 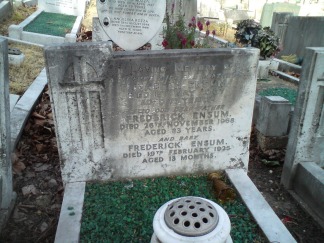 I was fortunate enough to meet up with the direct descendants of Lizzie Daniels older Brother, John Daniels recently thanks to the help from some wonderful friends on #AncestryHour

Further research into the Army Career of Frederick Henry Ensum confirms the story of him serving with The Essex Regiment and being stationed at Shoreham and being injured and transferring over to The Labour Corps, details as follows;

Private 15507 Essex Regiment. Went to France with the 11th (Service) Battalion on 30 August 1915 thereby qualifying for the 1914-15 Star. He was also entitled to the British War and Allied Victory Medals.

Formed at Warley in September 1914 as part of K3 and came under orders of 71st Brigade in 24th Division. Moved to Shoreham and then to billets in Brighton in January 1915. Returned to Shoreham in March and then on to Blackdown in June 1915.

Frederick Ensum is listed in the Dublin Daily Express on 6th October 1915 as being in the Dr.Stevens Hospital, Dublin.

Medically downgraded and posted to the Labour Corps as number 231916.

Discharged to the Z Reserve (the last category for recall in the event of a National Emergency) on 2 March 1919.

So this places Fred nicely in Dublin and Shoreham at the relevant times.

Special thanks to @ancestryhour @genealogyjude and @miningthe past for providing the additional links on the Shoreham Army Camp. 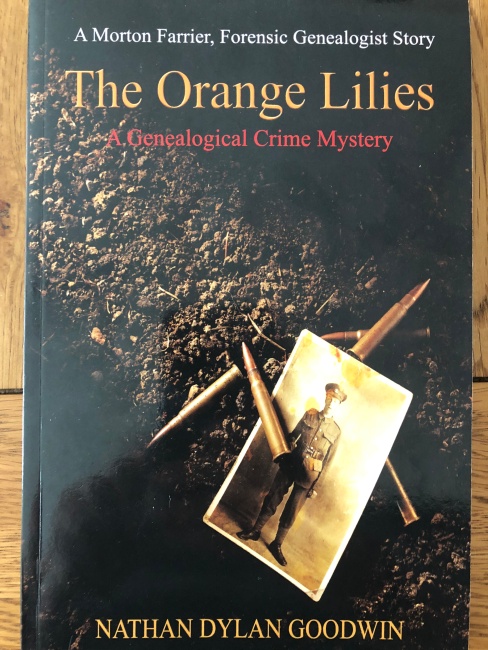 8 thoughts on “The Life and Times of Lizzie Daniels”