Wow, where did those three days go!! A bit like when you were a child looking forward to Christmas, the build up and expectation are enormous and it takes forever to arrive, then before you know it, wham its gone!

Can you believe it’s a week ago?

So firstly can I say a huge massive thanks to RootsTech and all their Army of helpers and volunteers, for putting on such an incredible show, I know what goes into organising events like this, so I don’t under estimate all the work goes on behind the scenes, to make events like this run smoothly and like clockwork. Thanks to Tyler and Elizabeth and the Army of Helpers!

So onto the Show itself, I won’t try to highlight everything otherwise the blog would go on until Christmas, but will single out a few of the things that caught my eye and made the show special.

Highlight for me has to be the #AncestryHour #MeetUps, what a truly incredible turn out we had each day. So thanks to everyone who managed to get along to at least one of the #MeetUps, it was so nice to meet so many of you, some old friends and of course lots of new “Genie” friends, great to put a face to a “twitter name”. I met so many people just walking round the show each day, it was a really great event for socialising. 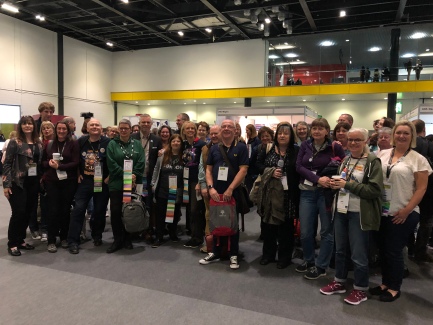 The Exhibition Hall itself, was a hive of activity on each of the three days, with all the main Genealogy players in attendance, some also launching new products at the show. There was just so much going on! Ancestry and Family Tree Maker also included on their stands tutorials on their products, which ran throughout the three days and proved to be extremely popular. Family Search also did a similar thing on their stand, plus there was a DNA learning centre, which again had regular tutorials running throughout the three days, which was also very popular. I did manage to attend some of these and they had various talks pitched at all levels of experience, so that you could attend those that you felt best suited your own knowledge and skillset. 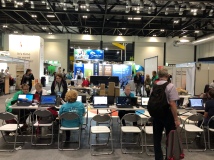 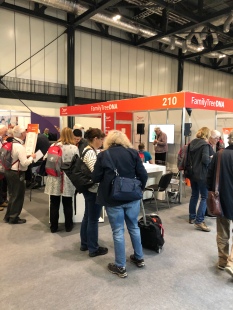 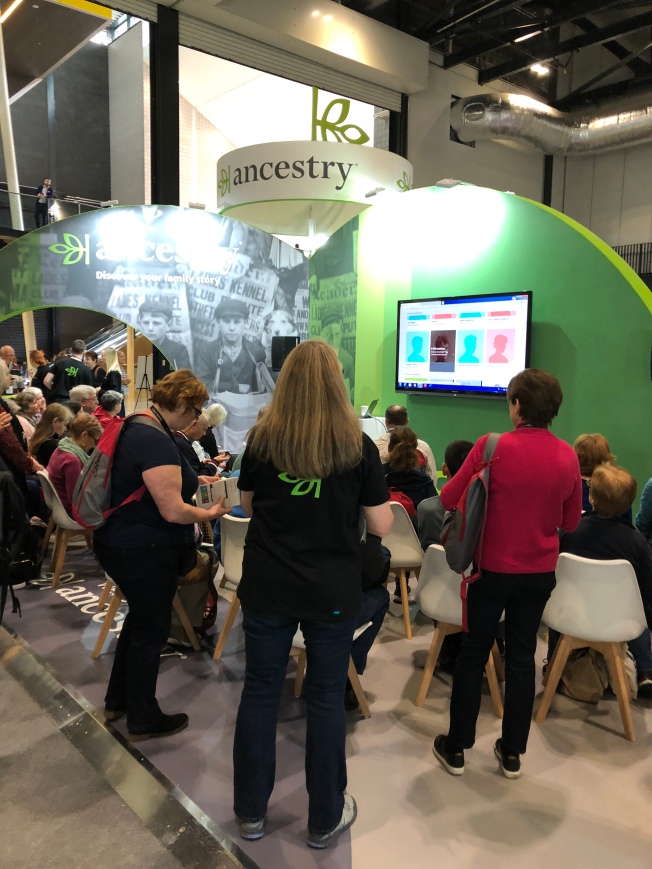 The Hall also had a variety of stands, some of the regular Family History stands that you would recognise, but also a few newer and unique stands, I tired to get round as many of the newer stands as possible, but even three days sometimes isn’t quite enough! The MOD stand proved extremely popular with a three hour turnaround on WW2 service records, rather than the usual several months wait. So I took the plunge early and stood in line on the Thursday and managed to get my Grandfather’s service record, so thanks MOD for a quick service, but can you make it like that all the time please!

There were lots of opportunities to purchase various Genealogy goodies whilst you were there and some really good bargains on DNA kits. I took advantage of this and purchased a Y DNA test from Family Tree DNA, joined the Irish Genealogical Society and also upgraded to FTM 2019, budget well and truly blown! 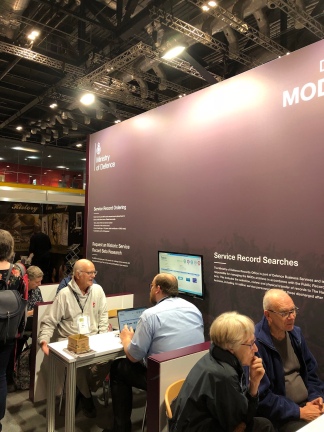 The level of talks each day was unprecedented, you were literally spoilt for choice each day, some time slots I needed to split myself into three, so high praise indeed for both the choice of topics and the quality of speakers! I won’t mention any talks specifically, but I had a high percentage of DNA talks on my schedule and learnt so much over the three days. Hopefully I am now flying with my DNA research now! 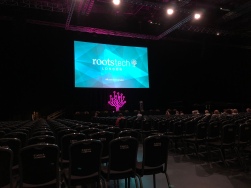 The venue itself was ideal, being a bit further out from central London itself and gradually got busier and busier each day, Saturday being designated “Family Day” was extremely busy.

I really hope that the senior people at RootsTech bring the show back to London again, this being my first ever RootsTech event, I was really impressed at the whole organisation of the show and the high level of talks that were on offer. The whole vibe of the show was great, it was really alive during the day.

Saturday I designated my own “Selfie Day”, so apologies for lots of pictures of myself with “Genie Friends”, but you need to have memories from events like this!! 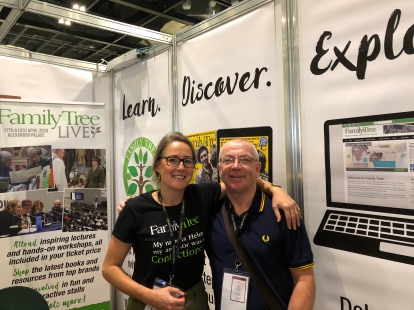 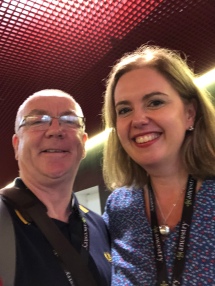 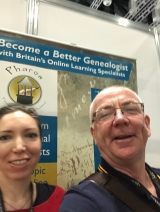 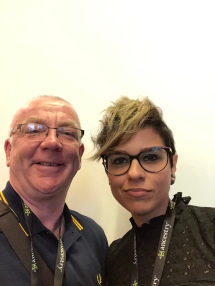 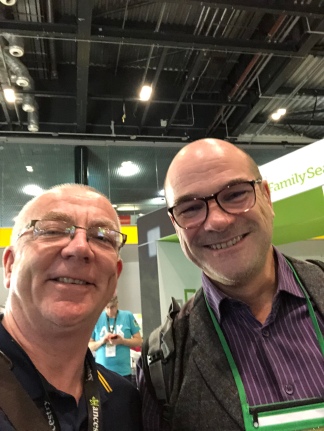 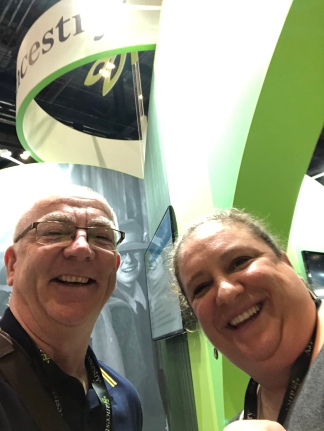 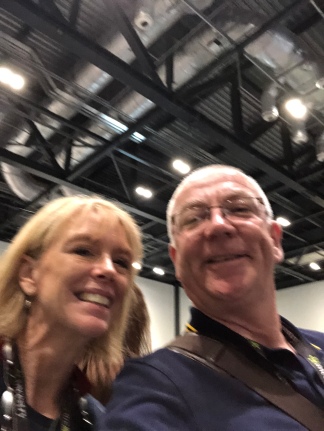 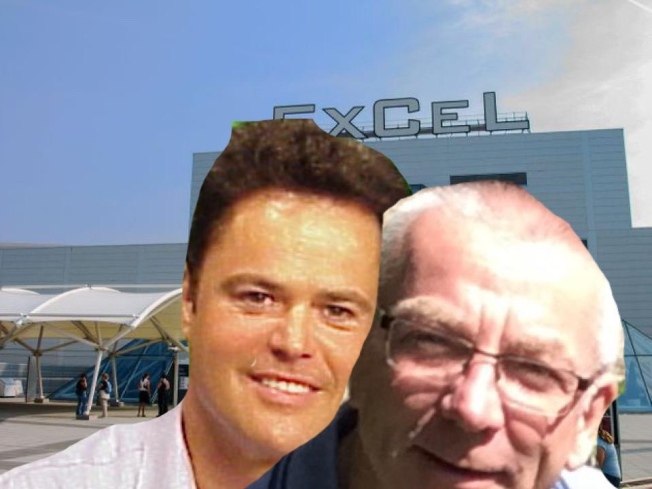 2 thoughts on “RootsTechLondon Round Up”